For 115 years, Yakima Federal Savings and Loan has been investing in our communities.

In 2018, Yakima Federal gave back $386,085 in charitable contributions to our communities.

We are honored to take part in funding community building projects, helping those without shelter get into homes, fostering the arts and education and supporting our communities. 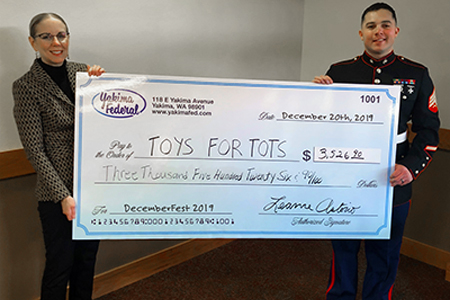 Yakima Federal President Leanne Antonio presents a check for Toys for Tots to The Marine Corps Reserve and the Salvation Army in the amount of $3,526.90. The check represents 100% of the ticket sales to the DecemberFest holiday concert held at The Seasons Performance Hall on December 14th and cash donations from Yakima Federal customers. The donation also included hundreds of toys collected as part of the concert admission price. 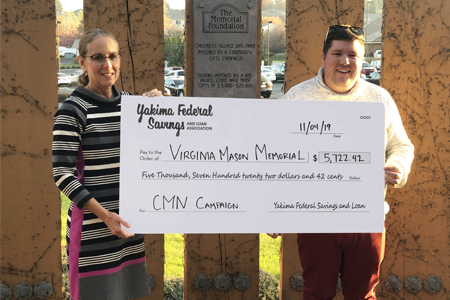 Yakima Federal Savings and Loan is pleased to announce a contribution of $5,722.42 to The Memorial Foundation on behalf of customers and employees of the local bank. The donation is to benefit children of Central Washington needing medical care. 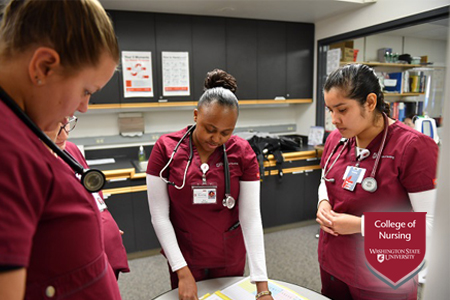 The scholarships will support low-to-moderate income nursing students who intend to pursue their nursing careers in Yakima and the Tri-Cities. Yakima Federal Savings and Loan is endowing two scholarship funds with $50,000 each, one intended for Yakima students and the other for students in the Tri-Cities. 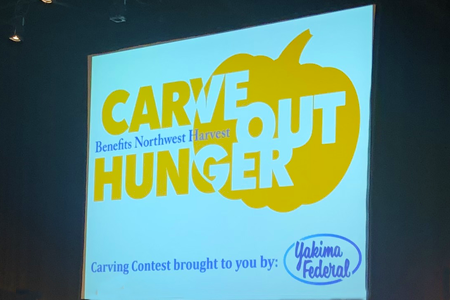 Each year, Northwest Harvest hosts a fundraiser featuring local media personalities who carve pumpkins. Attendees then purchase tickets to vote for the best carving. This year, the fundraiser raised enough to pay for 77,000 meals! Yakima Federal sponsored the carving contest and volunteered to match the first 1,200 votes ($2,500). 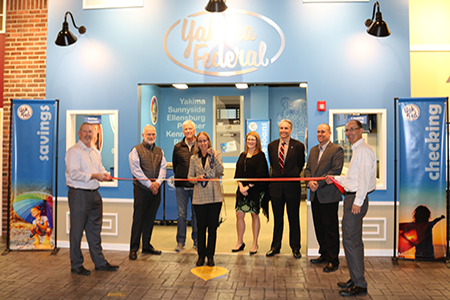 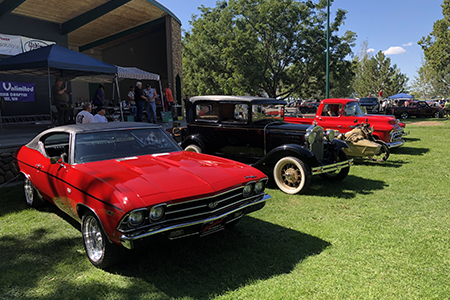 Yakima Federal co-sponsored the 12th annual Show and Shine for Hunger car show in Kennewick on August 26th, 2019. The show has raised more than $400,000 in the past 11 years. 100% of the proceeds benefit the Tri-Cities Food Bank. According to organizers, for every $1 donated, $3 of food can be purchased. 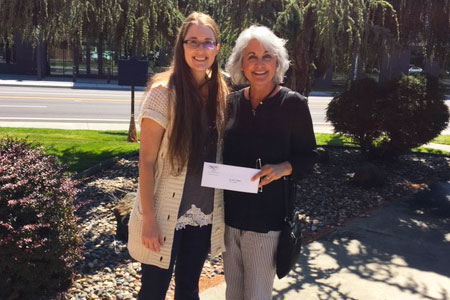 In early August, thieves stole a tool trailer containing items needed to build a block of 24 habitat homes in Pasco. Later, the trailer was found set on fire and abandoned in a ditch. Yakima Federal is happy to donate $7,500 to help replace the trailer and get Habitat back on track again. The photo features Meaghan Hafer, Manager of the Pasco Yakima Federal branch and Theresa Richardson, the Executive Director of Tri-County Partners Habitat for Humanity. 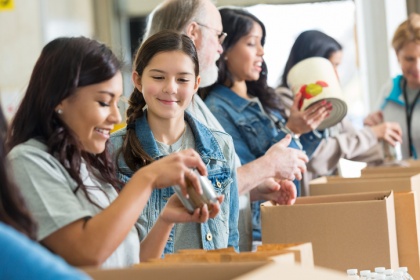 Are you interested in Yakima Federal sponsoring an event or supporting your non-profit organization?

Please fill out our form and tell us a little about your needs. Requests will be reviewed on a case-by-case basis.

Yakima Fed Events Team Out and About 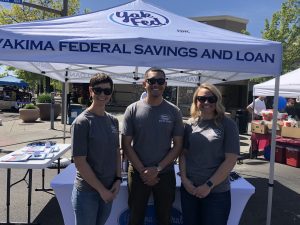 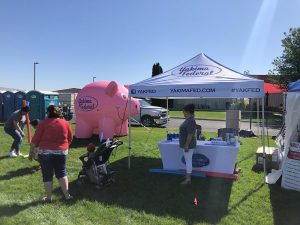 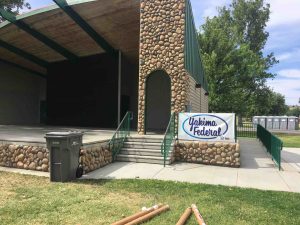 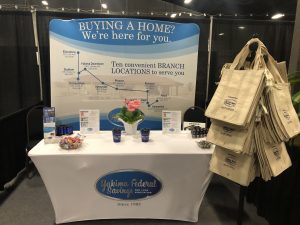 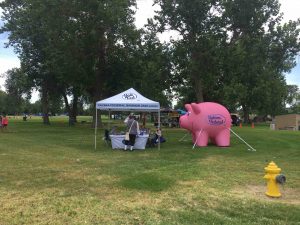 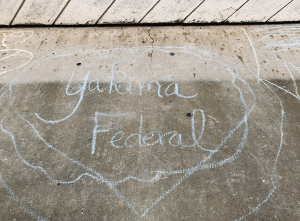