They say love hurts. With romance scams that’s doubly true – hearts are broken and wallets are emptied. For three years running, people have reported losing more money on romance scams than on any other fraud type identified in Sentinel.1 In 2020, reported losses to romance scams reached a record $304 million, up about 50% from 2019. For an individual, that meant a median dollar loss of $2,500. From 2016 to 2020, reported total dollar losses increased more than fourfold, and the number of reports nearly tripled

It is reasonable to wonder: what happened in 2020 to make these dollars losses continue to spike? An obvious reason may be the pandemic limiting our ability to meet in person. But outside the pandemic, the share of people who have ever used an online dating site or app has also been rising.3 And romance scammers are primed to take advantage. Scammers fabricate attractive online profiles to draw people in, often lifting pictures from the web and using made up names. Some go a step further and assume the identities of real people. Once they make online contact, they make up reasons not to meet in person. The pandemic has both made that easier and inspired new twists to their stories, with many people reporting that their so-called suitor claimed to be unable to travel because of the pandemic. Some scammers have reportedly even canceled first date plans due to a supposed positive COVID-19 test. 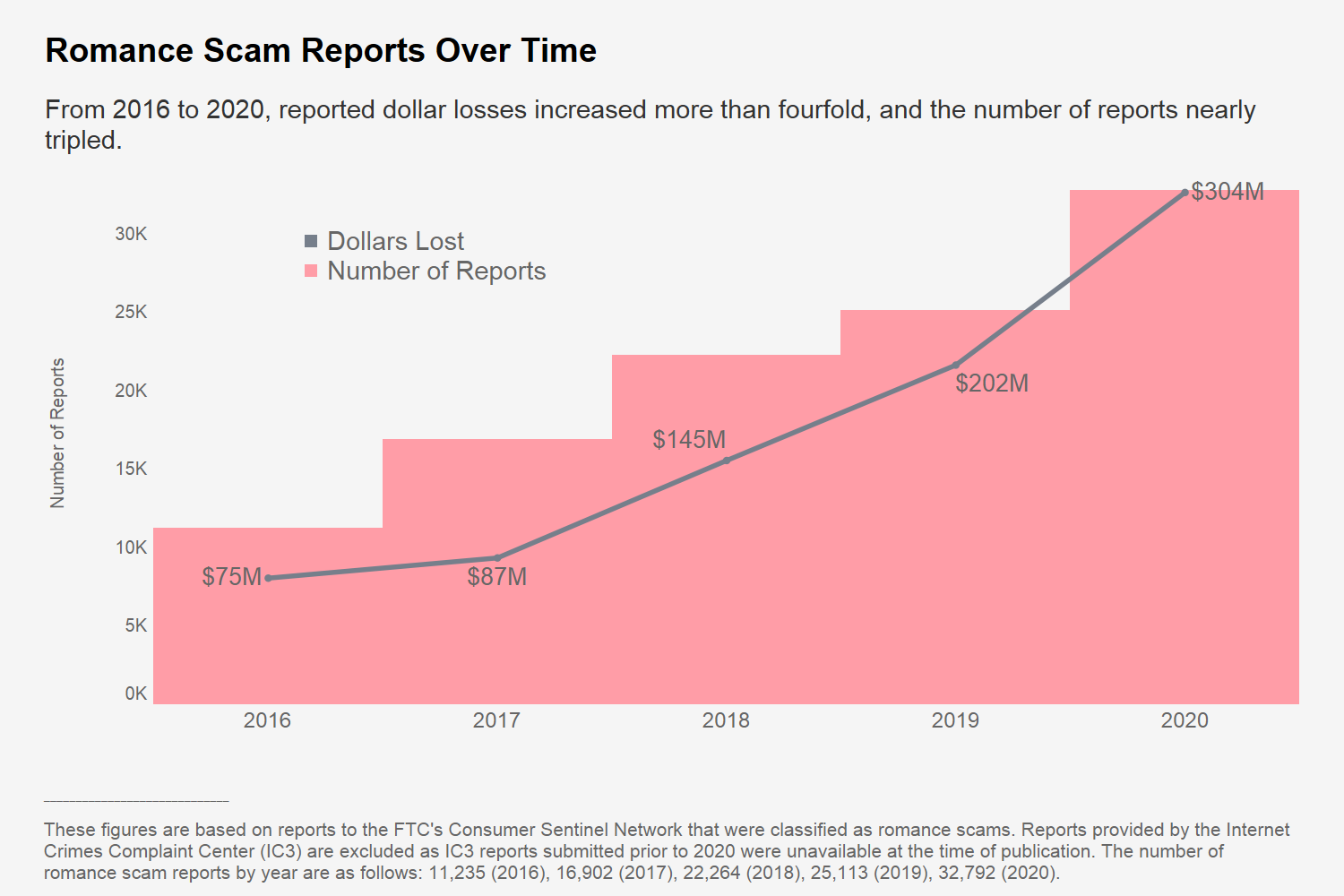 While many people report losing money on romance scams that start on dating apps, even more say they were targeted on social media.4 These social media users aren’t always looking for love, and report that the scam often starts with an unexpected friend request or message.

Sooner or later, these scammers always ask for money. They might say it’s for a phone card to keep chatting. Or they might claim it’s for a medical emergency, with COVID-19 often sprinkled into their tales of woe. The stories are endless, and can create a sense of urgency that pushes people to send money over and over again.

What many of the largest reported dollar losses have in common is that people believe their new partner has actually sent them a large sum of money. Scammers claim to have sent money for a cooked-up reason, and then have a detailed story about why the money needs to be sent back to them or on to someone else. People think they’re helping someone they care about, but they may actually be laundering stolen funds. In fact, many reported that the money they received and forwarded on turned out to be stolen unemployment benefits.

In 2020, reports of gift cards being used to send money to romance scammers increased by nearly 70%. Gift cards, along with wire transfers, are the most frequently reported payment methods for romance scams.5 People said they mailed the gift cards or gave the card’s PIN number to the scammer. The median amount people sent romance scammers in 2020 using any method of payment was $2,500, more than ten times the median loss across all other fraud types.6

Reports of money lost on romance scams increased for every age group in 2020. People ages 20 to 29 saw the most striking increase, with the number of reports more than doubling since 2019. People ages 40 to 69 were once again the most likely to report losing money to romance scams.7 And people 70 and older reported the highest individual median losses at $9,475.8

So how can you play it safe while looking for love online? Here are some tips to help you steer clear of scammers:

Help stop scammers by reporting suspicious profiles or messages to the dating app or social media platform. Then, tell the FTC at ReportFraud.ftc.gov.

Apply for a home loan 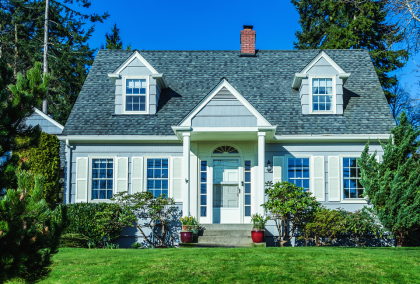